With tongue firmly in cheek and genuine Amish-made stakes at hand, Jael the vampire slayer is ready to kick some serious bloodsucker butt. Seriously.
Move over Buffy – there’s a new slayer in town! Raised in the desert of Nevada, and destined for the Minnesota Loon Lake Amish Community, Jael Shetler is the Chosen One.
Trained by her uncle and father in twenty-one different forms of hand-to-hand combat – she also throws a knife with the speed of a bullet, and is accurate to within two centimeters of a cold, dead heart with her crossbow – she is a bloodsucker’s worst nightmare.
Her parents, forced to leave their plain and simple upbringing to escape the clutches of the new Bishop – an ancient and powerful vampire with plans to use the Amish Community as his own personal Jamba Juice – raise and train their daughter to continue the fight begun thousands of years earlier by another Jael, and to fulfill the prophecy in the Book of the Shunned.
Purchase: Amazon | Barnes & Noble

My Review
I received a free copy of this novel in exchange for my honest review.   Jael Shetler is about to celebrate her sixteenth birthday.  Her father has spent years training her in martial arts for this very day.  You see, Jael is the Chosen One; the one that will slay vampires and bring order to her parents hometown, Loon Lake in Minnesota.  Unfortunately, she had no idea until 3 weeks prior.


Brianna is Jael’s best friend and polar opposite.  She’s accepted all of Jael’s quirks and ignores the bizarre rumors that go around about Jael.  She has no clue her best friend is a vampire slayer, will she even believe her when the truth comes out?


Shadow is the really cute high school bad boy.  He helps Jael when the school rumors cause a group of boys to want to do harm to Jael.  He’s also a tracker, can Jael trust him or will he set her up?


This was a fun page turning read.  I loved the tie in to Jael in the bible; it went perfectly with the heroine Jael in this book.  The premise reminded me of Buffy the Vampire Slayer.  There’s a lot of action and adventure, as they seem to find vampires everywhere they went!  If you like Buffy, you’ll love this book.  I can’t wait to see what happens in book two! 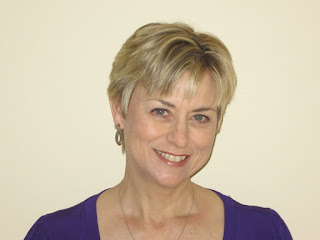 I'm the author of eight novels, with another always on the way. I grew up on a small farm in Washington State but now live in the mean "burbs" of Minnesota with my husband and our dogs, Rugby and Willow. With our kids now pushed out of the nest and encouraged to fly, I spend much time reading, writing, collecting books, riding motorcycles with my husband, and keeping one step ahead of AARP. I'm a member of the Christian Writer's Guild and try to attend a writer's conference somewhere each year. At the 2006 Pacific Northwest Writer's Conference I was a finalist in the mainstream novel category with "Time in a Bottle." (Now published under the title: "Entangled") In 2007 I was once again a finalist, but in the mystery/thriller category, with "Sense of Danger." (now published under the title: "Split Sense") My new young adult Amish Bloodsuckers Trilogy is now available: Chosen, Shunned, & Reckoning. I also really like black licorice.
Connect with Barbara:
Goodreads | Website | Twitter
5 Stars Christian Fantasy