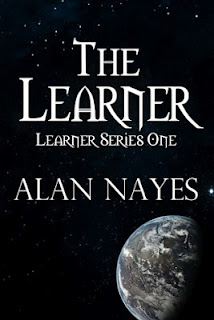 NayéLi has come from the dark side of the universe to learn as much as she can about the third planet from the sun, and to communicate her findings back to her home world. NayéLi is a Learner - and on Earth she assumes the form of a young human female of the indigenous host species.

NayéLi is bound by her rulers' laws of planetary exploration, which state that there can be no involvement with a member of the host species. But NayéLi is more human now than she realizes. And she is about to fall in love.

THE LEARNER is the first book in the paranormal Learner Series.
Purchase: Amazon | Smashwords | Barnes & Noble

My Review
I received a free copy of this novel in exchange for my honest review.   NayeLi is a learner from another planet.  She has been here on earth for eight years in her human host with one year left to go.  She inhabiting a beautiful human host, but has been using a memory shield, which allows her to interact with other humans meanwhile erasing their memory of the incident.

Jared is a successful doctor.  He lost his wife two years prior in horrendous car accident caused by a drunk driver.  Unable to move on, he continually thinks of her and still drives her Lexus that she only had two weeks to enjoy.  His friends and family think that he’s spent enough time mourning, and begins setting him up on dates.  None of these women have the beauty his wife had to capture his attention…until now.

This is a great paranormal romance!  Jared’s attraction to NayeLi is instantaneous.   The characters have such interesting personalities and the situations so descriptive that I was drawn in from the very beginning and kept captivated right up until the end.  The only issue that I had was the constant use of the alien terminology; the confusion took away from the story.  Other than that, I’m looking forward to the next in the series. 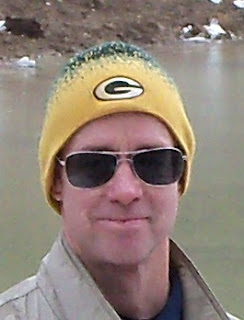 I live in Southern California but still consider myself part Texan by birthright. I was born in Houston and grew up in Dallas. I've resided in California since the mid 1980's but get back to Texas as much as possible. My first two published novels--GARGOYLES and THE UNNATURAL are biomedical thrillers. Actually THE UNNATURAL could also fall into the horror genre as it is a pretty bizarre tale. BARBARY POINT is a love story about a successful young woman who falls in love with a fishing guide. It was written on a suggestion from a former agent.
I have several other projects in the works. HEMLOCK POND is a horror story about a young woman and her son who move into an old farmhouse with a haunted pond. Boo!
GIRL BLUE, another pretty bizarre story, is about a world renowned sculptor who becomes haunted by his last work. Oh did I mention the sculptor is terminally ill?
SMILODON is the story of a huge cat that terrorizes a small town in the majestic Pacific Northwest. This one will grab you and not let go--yeah, that sounds like a cat.
PLAGUE is the riveting sequel to GARGOYLES. Fasten your seat belts, close your eyes and pray like hell because the world as we know it is coming to an end.
RETURN TO UNDERLAND is a middle grade children's adventure story that includes dinosaurs and cavemen. Ooooh!
Very soon I'll be releasing my first paranormal romance. THE LEARNER will be the first book in the Learner Series. I'm excited about gettng this one out there. It should arrive from outer space sometime in November. Yup, you guessed it--the story involves space aliens!
Then on December 1st I'll release my holiday novelette, ST. CLAWS. Love the holidays!
My favorite football team is the Superbowl champs GREEN BAY PACKERS. Sorry Cowboys. But when GB is not on the gridiron--Go Dallas! Great Cheerleaders, too!
I enjoy the outdoors and as a side note I'm one of only a few individuals to ever swim across Wisconsin's chilly Lake Winnebago. Does this make me a better writer--probably not.
When I'm not working on my next project, I enjoy relaxing and fishing at our family vacation home in Oshkosh, Wisconsin.