A Monday MEME blog hop organized by T B R  and Bookworm Babblings to share books that are in your mailbox and you can hardly wait to read.
1) Follow T B R and I will follow you back
2) Grab the button or make your own.
3) Add your blog to the list. 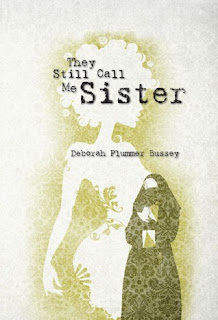 This one looks intriguing!
How are you reinventing your life to support who you are today?
Former nun Kathy Carpenter is comfortable in her role as a wife and practicing psychologist when a new patient from her past takes her down a journey that proves to be professionally and emotionally challenging. When the patient is found dead and it’s claimed a suicide she knows that something is off. Enlisting the help of her gregarious sister in Atlanta, she sets out to prove her patient was murdered. But with the only suspect a shadowy figure whom she only knows by a nickname, the answers seem well out of reach. As Kathy gets closer to the truth, political intrigue begins to surround her, and her own life begins to be in danger. Can she find the killer—or will she be a victim herself?

About Deborah Plummer Bussey
One of Deborah Plummer Bussey’s favorite childhood memories is visiting the local library where she first immersed herself into the world of books, but she never thought that one day she would become a writer. She is now releasing her third book in summer 2013.

Having spent more than a dozen years of her life as a nun, Bussey is the creator of the Sister Nun mystery series. Half Dozen Publications released her debut novel, “They Still Call Me Sister,” in December 2011. Her newest book, “The Family That Stays Together,” is due out in June 2013. Bussey lives in Westborough, Mass., where she is a regular blogger for The Huffington Post.
Check out my review July 2!