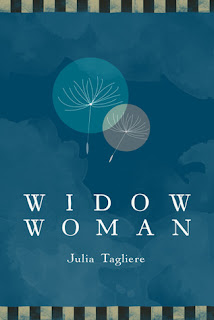 1962 helped kick off a decade of tremendous change. President Kennedy bans all trade with Cuba. Jackie Robinson became the first African American elected to the Baseball Hall of Fame. The Beatles recorded their first song together, and Illinois became the first U.S. state to decriminalize homosexual acts between consenting adults.

For Audrey Randolph, a young Midwestern wife and the main character in Widow Woman, by Minnesota author Julia Tagliere, 1962 also brought personal tragedy: her mother died suddenly, leaving behind a lifetime of letters, photos and unimaginable secrets. Audrey, stunned by her mother’s death and the subsequent revelations of past loves and lovers, can no longer trust the reality she has always known. She must come to terms with dual losses, both her mother's death, as well as the unanswered, nagging question: Was anything she knew real?
Purchase: Amazon

My Review
I received a free copy of this novel in exchange for my honest review.  Audrey Randolph seemed to have a perfect a perfect life, but 1962 has been riddled with tragedy.  Her mother passes away and leaves her with secrets and revelations Aubrey is too stunned to face.  Will she finally be able to accept these revelations about her mother?

This was a great book on acceptance and forgiveness.  The characters really came to life in this tearjerker.  Aubrey felt so betrayed by her parents for keeping their secret for a very long time, but now her mom has died and with the help of those around her to come terms with who her mother was.  I loved this book, it’s definitely a rainy day read and a great one at that! 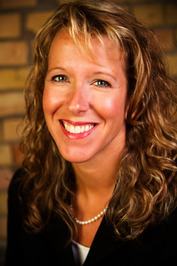 Julia Tagliere is a freelance writer
and editor and studied in the M.F.A.
in Creative Writing program at
DePaul University. Her work has
appeared in The Writer and Hay &
Grower magazines and she is a
featured author at Buzzle.com. An
active blogger and past finalist in
The Loft Literary Center’s Mentor
Series Competition, Julia
currently lives in the Twin Cities
with her family and her writing
partner, a crazy Weimaraner named
Loki. Widow Woman is Ms. Tagliere’s
first novel.