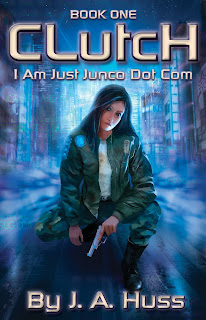 In 2152 the avian race is on Earth looking for something stolen from them decades ago – their genetics.  At the center of the search lies the Rural Republic; a small backwards farming country with high hopes of military domination and a penchant for illegal bioengineering.

19 year old Junco Coot is the daughter of the Rural Republic’s ranking commander. She’s the most foul-mouthed, wildly unpredictable and ruthless sniper the Rural Republic has ever trained.  But when her father’s death sparks a trip into forbidden places, she triggers events that will change everything she knows to be true.

As an elite avian military officer, Tier’s mission is to destroy the bioengineering projects, kill Commander Coot’s daughter, and return home immediately. There’s just one problem. Junco isn’t who she claims to be.

With no one to trust, not even herself, Junco must confront the secrets of her past and accept her place in the future, or risk losing herself completely.

CONTENT WARNING - The I Am Just Junco series is NOT young adult and contains A LOT of bad language and violence.
Get your copy today at Barnes & Noble or Amazon!

I received a free copy in exchange for my honest review. This is one of the coolest Sci-Fi novels I’ve read in a very long time.  Apparently the earth is now split into two republics.  The Rural Republic, where they abstain from most forms of technology, do only farming and “allegedly” do not swear.  The description reminded me of the Mennonites, that they refuse certain technologies.  Then there is the Mountain Republic, and the Avian race.  This story has a great plot and so many twists, I feel for Junco as she feels so confused as to who she can trust.  She flees the RR and now, both
republics and the Avian race want her.  When you find out why, it will most certainly shock you. 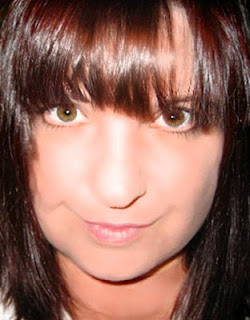 She’s always packing heat and she is owned by two donkeys, five dogs, more chickens and ducks than she can count, and of course, the real filthy animals, her kids. The I Am Just Junco series was born after falling in love with the ugliest part of Colorado and the Rural Republic is based on the area of the state she currently resides in, minus the mutants, of course.
Connect with J.A. Huss: Website | Facebook | Blog | Goodreads