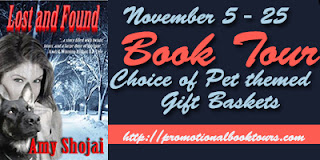 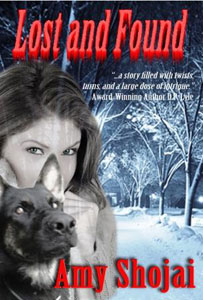 An autism cure will kill millions unless a service dog and his trainer find a missing child . . . in 24 hours.

AN AUNT searches for her lost nephew—and dooms her sister.

A MOM gambles a miracle will cure—and not kill—her child.

A DOG finds his true purpose—when he disobeys.

Animal behaviorist September Day has lost everything—husband murdered, career in ruins, confidence shot—and flees to Texas to recover. She’s forced out of hibernation when her nephew Steven and his autism service dog Shadow disappear in a freak blizzard. When her sister trusts a maverick researcher’s promise to help Steven, September has 24 hours to rescue them from a devastating medical experiment impacting millions of children, a deadly secret others will kill to protect. As September races the clock, the body count swells. Shadow does his good-dog duty but can’t protect his boy. Finally September and Shadow forge a stormy partnership to rescue the missing and stop the nightmare cure. But can they also find the lost parts of themselves?

Buy your copy today at Barnes & Noble or Amazon!

I received a copy of this novel in exchange for my honest review.  This was a fast paced, suspenseful novel.  It completely threw me for a loop and surpassed my expectations.  Amy Shojai is a talented writer, I’d never have thought a book where two of the main characters were animals would make such an extraordinary novel but it does!  September Day’s character development was steady throughout the novel, you could really grasp where she’s coming from.  All in all a fantastic book, I’m so thrilled to have had the opportunity to read it.  This will be another one of my favorite novels for 2012! 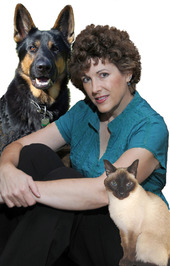 Amy Shojai has been reinventing herself for years. She writes THRILLERS WITH BITE! in her debut thriller LOST AND FOUND that features a service dog, hero cat and assorted mayhem. She's a certified animal behavior consultant, and the award-winning author of 24 best selling pet books that cover furry babies to old-fogies, first aid to natural healing, and behavior/training to Chicken Soup-icity. She is the Puppies Guide at puppies.About.com, the cat behavior expert at cats.About.com, and hosts a weekly half hour Internet Pet Peeves radio show. Amy has been featured as an expert in hundreds of print venues including The New York Times, Reader's Digest, and Family Circle, as well as national radio and television networks such as CNN, Animal Planet's DOGS 101 and CATS 101. She brings her unique pet-centric viewpoint to her Bling, Bitches & Blood Blog, public appearances.