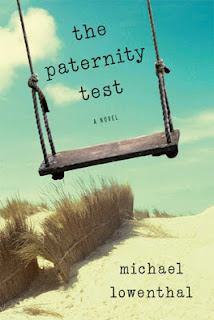 Having a baby to save a marriage—it’s the oldest of clichés. But what if the marriage at risk is a gay one, and having a baby involves a surrogate mother?
Pat Faunce is a faltering romantic, a former poetry major who now writes textbooks. A decade into his relationship with Stu, an airline pilot from a fraught Jewish family, he fears he’s losing Stu to other men—and losing himself in their “no rules” arrangement. Yearning for a baby and a deeper commitment, he pressures Stu to move from Manhattan to Cape Cod, to the cottage where Pat spent boyhood summers.
As they struggle to adjust to their new life, they enlist a surrogate: Debora, a charismatic Brazilian immigrant, married to Danny, an American carpenter. Gradually, Pat and Debora bond, drawn together by the logistics of getting pregnant and away from their spouses. Pat gets caught between loyalties—to Stu and his family, to Debora, to his own potent desires—and wonders: is he fit to be a father?
In one of the first novels to explore the experience of gay men seeking a child through surrogacy, Michael Lowenthal writes passionately about marriages and mistakes, loyalty and betrayal, and about how our drive to create families can complicate the ones we already have. The Paternity Test is a provocative look at the new “family values.”
Get your copy today: Barnes & Noble | Amazon


I received a free copy of this novel in exchange for my honest review.  This was a very unusual novel for me, but rather interesting.  In a way, I wondered if Pat was actually bisexual but chose a life with Stu.  The things Pat had put up with for years from Stu was just unreal.  Then they try to start over in Cape Cod, you can’t get more opposite of the big city than that.  I think the desire for a child was more Pat’s need to be a daddy.  You can see it in the relationship he has with Paula.  The feeling I got was that Stu was only interested in passing down the family genes, not much more.  Although, I don’t think that qualified Pat to do what he did, not only affecting his relationship with Stu, but also Danny and Debora’s.  The end of the book just completely broke my heart, I felt so awful for everyone involved.  This was definitely an emotional novel and one I enjoyed very much. 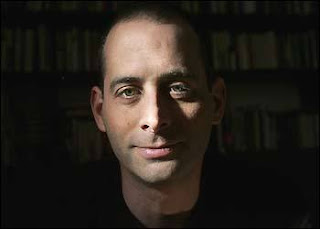 Michael Lowenthal is the author of the novels Charity Girl (Houghton Mifflin, 2007), Avoidance (Graywolf Press, 2002) and The Same Embrace (Dutton, 1998). His short stories have appeared in Tin House, the Southern Review, the Kenyon Review, and Esquire.com, and have been widely anthologized, in such volumes as Lost Tribe: Jewish Fiction from the Edge (HarperCollins), Bestial Noise: The Tin House Fiction Reader (Bloomsbury), and Best New American Voices 2005 (Harcourt). Three of his stories have received "Special Mention" in Pushcart Prize anthologies. He has also written nonfiction for the New York Times Magazine, Boston Magazine, the Washington Post, the Boston Globe, Out, and many other publications.

The recipient of fellowships from the Bread Loaf and Wesleyan writers' conferences, the MacDowell Colony, the Massachusetts Cultural Council, the New Hampshire State Council on the Arts, and the Hawthornden International Retreat for Writers, Lowenthal is also the winner of the James Duggins Outstanding Mid-Career Novelists' Prize. He teaches creative writing in the low-residency MFA program at Lesley University.

Before becoming a full-time writer, Lowenthal worked as an editor for University Press of New England, where he founded the Hardscrabble Books imprint, publishing such authors as Chris Bohjalian, W.D. Wetherell, and Ernest Hebert. He studied English and comparative religion at Dartmouth College, from which he graduated in 1990 as class valedictorian.

Lowenthal lives in Boston, where he is an active former board member of the literary human rights organization PEN New England.  Visit him at http://lowenthal.etherweave.com/