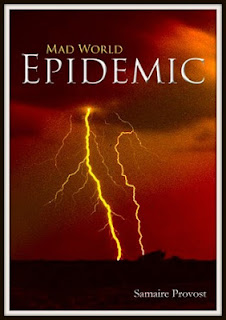 The Black Plague is ancient history. It killed 100 million people nearly seven centuries ago, halfway around the world from the technologically advanced research center at Stanford University. Scientists there have recently begun examining samples of bone marrow from plague-infected corpses unearthed in Europe. All the necessary safeguards are in place. What could go wrong?

Alyssa and Jake are away with their class on a highly anticipated year-end trip to Broadway with their senior acting class when all hell breaks loose at home. Traveling back, and trying to find their families, they encounter deadly results. Riots are breaking out. People are being evacuated. And they have no idea what's happening to their families.

Horrific ordeals, heart-pounding tragedy, and chance encounters harden them for what lies ahead. Faced with tormenting decisions, they're forced to follow their instinct for survival at any cost - even when the cost is a heart-wrenching decision of life or death.

A harrowing adventure of frightening discoveries, horrifying confrontations and narrow escapes in Epidemic, the first installment of the Mad World series.
Find out what's got everyone so terrified.


Get your copy today Paperback Kindle 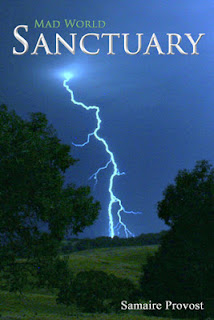 Fleeing north to the fabled Sanctuary, Alyssa, Jacob, DeAndre, Caitlyn, Risa and Luke face disturbing ordeals and terrible tragedy as they encounter unbelievable situations in their struggle to reach safety. Using their skills and wits in their fight to survive against ever worsening odds, they weather hardship, betrayal, and the ever-present specter of death as they flee north, all the while vowing to protect one another – and most of all their precious 5-year-old Luke, from a world gone mad.

Sanctuary, the second installment in the Mad World series, is a heart-rending adventure of astonishing revelations, tragic discoveries, agonizing separations and devastating losses that test these friends to their limits. With heart-pounding, edge-of-your-seat suspense at every turn, this is a story you will not be able to put down.

Find out what happens next. 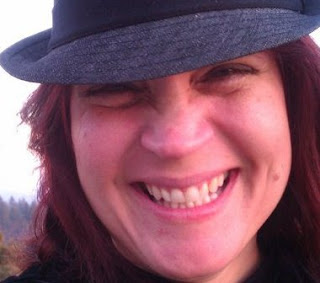 Samaire Provost lives in California with her husband and son. Her love of paranormal stories, odd plots, and unique tales as well as the works of Neil Gaiman, Terry Pratchett, Susan Cooper, Madeleine L'Engle and Stephen King has deeply influenced her writing.
Visit her:
Facebook
Blog
Twitter


a Rafflecopter giveaway
5 Stars Fantasy YA