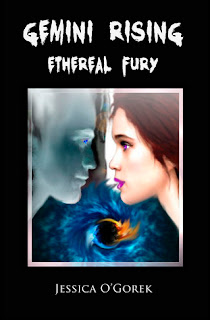 BEWARE! THE PLANET IS WOUNDED... THE GEMINI ARE RISING AND OUR TIME ON EARTH IS LIMITED

Angry at the human race and its methodical destruction of her resources, Mother Earth recruits souls who have just left their bodies to serve Her, and turns them against humanity. Gemini, a clan of paranormal beings, picked from these possessed humans, emerges. A powerful, rising force proceeds to carry out Mother Nature’s plan to systematically destroy towns, cities, states… and eventually, the world. Amidst the chaos, a forbidden relationship between a human girl, Violette, and Onyx, a lead Gemini, begins. They will both find themselves in the middle of a revolutionary war that will either save, or destroy our world.
Purchase: Amazon

My Review
I received a free copy of this novel in exchange for my honest review.  What happens to people that destroy the environment when they die?  Ethereal Fury takes an interesting look.  Oliver Weldon, a rich oil tycoon destroys the environment over time with his oil drilling and fires that they’ve caused.  He thinks money will fix everything, until his heart gives out and he ends up part of Gemini.  Gemini is a group of supernatural beings that have begun a battle to wipe out the human race.  This is an awesome and unique good versus evil novel with romance in the mix; it has interesting characters you’ll love to hate and those that you’ll fall in love with.  Although the pace is a little slow, it’s fantastic first novel and I cannot wait for book two. 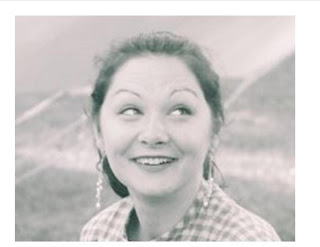 I was born in Chesapeake, Virginia on April 19th, 1979. I was raised within the American Indian religion and was taught great respect for the earth and all its living beings. Powwows, sweat lodges, vision quests, you name it, I’ve done it. I was the weird kid who would confront kids on the playground in elementary school when they squished a bug. I would very sincerely tell them what they were doing was morally wrong and then I would pray for the bug to come back as a butterfly in its next life.

​I grew up admiring my father, Barry Weinstock, as an author. He took me around the country to different places so he could research and write his Wilderness Survival books. One of his greatest works, “The Path of Power,” was written with a great medicine man, Sunbear. When I was twelve I started hand writing novels. My first one was two thousand pages. My dad always encouraged me and would rave about my writing. He gave me the confidence I needed to keep writing and follow my dream. My daughter, who is twelve, is currently working on her first novel. I hope to continue the legacy.
Connect with Jessica:
Website | Facebook | Twitter