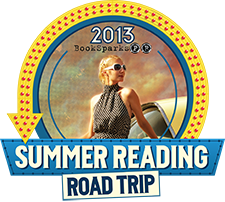 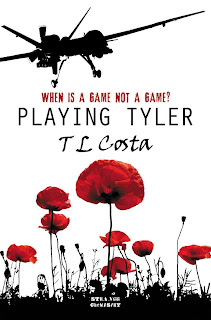 When is a game not a game?

Tyler MacCandless can’t focus, even when he takes his medication. He can’t focus on school, on his future, on a book, on much of anything other than taking care of his older brother, Brandon, who’s in rehab for heroin abuse… again.

Tyler’s dad is dead and his mom has mentally checked out. The only person he can really count on is his Civilian Air Patrol Mentor, Rick. The one thing in life it seems he doesn’t suck at is playing video games and, well, thats probably not going to get him into college.

Just when it seems like his future is on a collision course with a life sentence at McDonald’s, Rick asks him to test a video game. If his score’s high enough, it could earn him a place in flight school and win him the future he was certain that he could never have. And when he falls in love with the game’s designer, the legendary gamer Ani, Tyler thinks his life might finally be turning around.

That is, until Brandon goes MIA from rehab and Tyler and Ani discover that the game is more than it seems. Now Tyler will have to figure out what’s really going on in time to save his brother… and prevent his own future from going down in flames.


I received a free copy of this novel in exchange for my honest review.  Tyler MacCandless has ADHD, even at the best of times he has trouble focusing.  He doesn’t have anyone he can count on except his mentor, Rick.  Ani is a gaming genius.  Not only does she play, she also creates them.  She gets hired to create a flight simulation program to train future pilots.  This is how she meets Beta Tester Tyler.  This is most likely Tyler’s last chance at getting into flight school, so he gives it his all.  This is when his troubles really begin.

Playing Tyler came across as a modern day war games.  I loved the way how realistic the relationship between Tyler and Ani were.  This book was a suspenseful mystery, one I enjoyed thoroughly.  I also loved how they discussed the morality and ethics of what was really going on.  Playing Tyler is a brilliantly written first novel, and I look forward to more from this author!