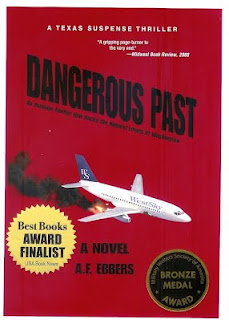 Airline Captain Frank Braden and his wife Nicole are suddenly stalked by professional assassins who have a deadline to make their deaths look like an accident or a suicide. And the couple doesn't know why they are being targeted. They don't realize that they stand in the way of a deadly conspiracy. Little by little they are pulled into a dangerous web of intrigue by a murderous criminal network that deceptively offers the pilot his wife's life if he will concede to their demands. This is a thriller that rocks the highest levels of Washington.

Dangerous Past is a story of a man who must choose between doing what ought to be done or keeping his family alive by allowing  a murderous and powerful VIP to escape his past.

Get your copy today from Amazon  or Barnes & Noble!


I received a copy of this novel in exchange for my honest review.  This was a fantastic first novel by Mr. Ebbers.  The story toggles between the Vietnam War and Present day.  The transition is wonderfully easy to follow as each character recollects portions of their past.  The imagery was amazing, and the suspense kept me pulled into the story.  Needless to say, I enjoyed this spy thriller so much; this book was very difficult to put down, worthy of a five star rating. 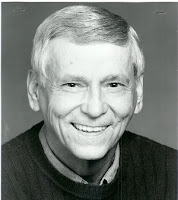 A. F. Ebbers, a journalism graduate of Ohio University was a reporter/writer for major newspapers, ad agencies, and in public relations for Cessna Aircraft Company. He also graduated from Army Flight School and flew for the Ohio and Kansas Army National Guards. Later he was called to active duty and served two flying tours in Vietnam. After retirement from the military, he flew for corporations and for regional airlines. A dual rated ATP pilot, he has written for numerous national magazines, Sunday supplements and trade and travel magazines and has written screenplays and short stories. Today he lives with his wife in the Austin, Texas area and, when not writing, enjoys tennis, flying and piano. Dangerous Past is his debut novel.

About his writing: I write realistically about what I have experienced. Most of the places in this novel are real because I’ve been there: from Vietnam to Europe to Asia to Washington to Texas and most places in-between. I create characters using a combination of real and imaginary personalities. My motto for writing fiction is always write what you know.