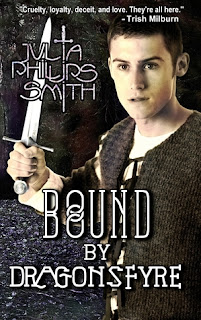 No one is safe when the dragon glides low over the Eighth Dominion. Not the high born who plot and spill blood. Not the low born who serve with one eye to the sky and the other glancing back.

Young Scorpius is fetched from the estate nursery, once raised to live among the nobility--claimed finally not by his family, but by a falconer to serve as his apprentice. Scorpius soon learns that a noble hides his monstrous appetites beneath velvet and jewels, while the leathery-winged dragon is honest about his own. His master does his best to shield Scorpius from the world outside their cottage, but the falconer is merely a servant who must obey his own masters.

An attempt on the life of a young lord while on a hunt sends the falconer's apprentice on an abruptly different path, bringing Scorpius into the service of the House of Pruzhnino. Court intrigue sinks its talons into everyone, even Scorpius--especially a former falconer's apprentice once raised to be a lord in his own right.
Purchase: Amazon | Barnes & Noble

My Review
I received a free copy of this novel in exchange for my honest review.  This was a great coming of age novel for readers of all ages.  You feel Scorpius’ disappointment at being raised by Nurse and no Noble came to retrieve him.  Then one day when he was seven years old, a Falconer came for him to become his apprentice.  The falconer tried to raise him not knowing much about the outside world.  But Scorpius finds out about the world on him own.

I enjoyed the pace of the novel, as there was always something going on.  You could easily see the line that is drown between the Nobles and servants.  In this book, we saw Scorpius grow up and the Falconer age.  Then the troubles arrive.  Scorpius saves a young Noble, and that bring him on a new and adventurous adventure.  This was a really great book, I can’t wait to see the next book in this series! 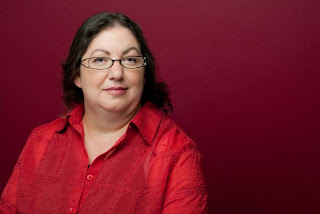 Award-winning filmmaker and author Julia Phillips Smith lives on Canada’s east coast with her husband and her mom, where the rugged sea and misty forests feed her thirst for gothic tales.
A graduate of Ryerson University’s film program, Julia’s previous writing credits include scripts for radio and television, along with Book 1 of her Dark Ages vampire series.