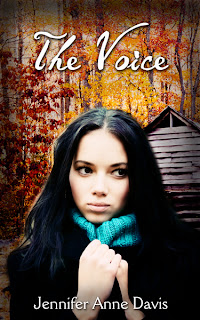 During her abduction and assault, Audrey begins to hear a voice. She hopes she’s not going crazy, because after what she’s experienced, that’s the most logical explanation. However, as she begins to listen to the voice, Audrey realizes that someone may be telepathically trying to help her.

Unfortunately, rescue isn’t all she needs. In order to leave behind the constant reminders, she flees to her Aunt Kate’s house in San Diego, and assumes a new identity. It works—until the eighteen-year-old twin boys who live next door threaten to break through the protective walls she’s worked so hard to build.

Between Caleb going out of his way to befriend her and Justin avoiding her at all costs, Audrey doesn’t know if normalcy will ever find her again. But one thing is certain: When a familiar danger resurfaces, it’s the same voice that she turns to—a voice that is not only real, but a lot closer than she realizes.

Gripping and tastefully told, The Voice is a story of healing, trust, and courage.
Purchase: Amazon | Smashwords | Barnes & Noble


My Review
I received a free copy of this novel in exchange for my honest review.  Audrey has been through quite a lot this past summer.  She was kidnapped, held captive and raped.  The only thing keeping her sane and giving her hope is the voice she hears in her head.  She needs to escape from the media and the memories, so she leaves her home and goes to stay with her Aunt Kate in California.  There she realizes her nightmares are far from over.  With the help of Caleb, Justin, and Kate, can she overcome the new dangers that have arrived?


This was a beautifully written novel.  It dealt with a topic many of us can understand…sexual abuse.  The Characters were amazing and I loved the fact that Audrey was so strong.  She was able to learn to trust again and finally feel normal again.  Caleb was a great guy, even if his looking after her made his girlfriend jealous.  Justin reminded me of myself in high school, in his own world and extremely quiet.  There’s even romance in this book, that just made it like icing on the cake.  Don’t be fooled, it’s a pretty serious book, with a serious topic.  But there’s a lot of good information added into a great story.   In honor of Sexual Abuse Awareness Month, all digital editions of this book are only 99 cents until the end of April. 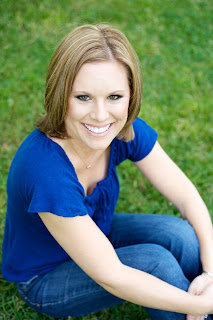 Jennifer graduated from the University of San Diego with a degree in English and a teaching credential. Afterwards, she married her high school sweetheart, worked as a legal assistant, and taught high school English. Jennifer is currently a full-time writer and mother of three young children. Her days are spent living in imaginary worlds and fueling her own kids’ creativity.
The Voice is her first novel.