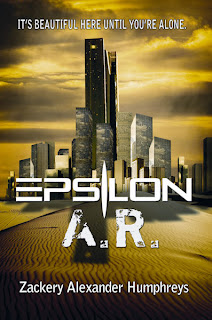 Hundreds of years into the future mankind has gone under-ground to relocate to Epsilon; a beautiful city run by a strong, secretive government that keeps its citizens in check by subtle manipulation and strict schedules. No one questions the city's authority and no one is unhappy. ALN-896, an average man who is just trying to live a normal life, begins to have dreams; something strange and rare in Epsilon. In his dreams a man named Harry dies. ALN-896 shrugs this off as if nothing has happened. It was only a dream. The next day, however, he is suddenly arrested and sent to prison for killing Harry. Now inside prison, ALN-896 begins to learn about what the government of Epsilon has been doing and he plans on escaping. Not only from prison, but from Epsilon. This one decision turns him against everything he has ever known and forces him to face against centuries of lies. To escape means to live, but what will it cost?

My Review
I received a free copy of this novel in exchange for my honest review.   I thought this was a really cool book.  It was quite a page turner that kept me intrigued throughout.  Imagine being forced to live under a dome of sorts, it’s 700 years later and they’ve forgotten what event occurred to cause them to live there.  I found it interesting that people’s names were like license plates, for example ALN-896.  There were so many rules too, no one’s life was their own and it was as if their only meaning of life was to serve Epsilon.  When ALN-896 gets arrested, he meets others that were spending long sentences for ridiculous things, like having a relationship or friends.  If you decide not to take your pill, that’s even worse.  This was interesting cross between the classic novel 1984 and the current bestseller Hunger Games.  If you enjoyed those, you’ll enjoy this unique take on a dystopian society. 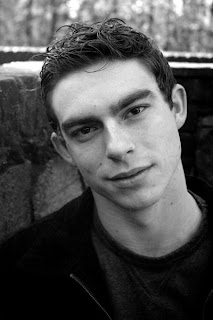 Zackery Humphreys is 21 years old and is currently attending the University of California, Santa Barbara studying Theater Acting. He has been writing for about seven years, mostly concentrating on poetry and novels. He has a love for books and for storytelling. Now, through his writing, he is hoping to bring those two worlds together.