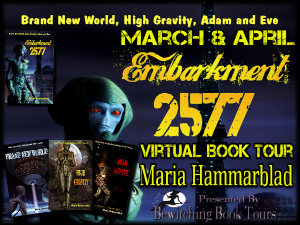 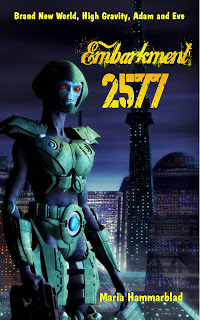 
When Alexandra wakes up in an unknown environment, populated by a cat-like woman with a tail and a hologram of a rockstar, she knows she has to be hallucinating. Maybe she has hit her head, or finally suffered a nervous breakdown. It doesn't get any better from finding out she died and was taken into the future by the elusive Adam, whom she can't remember, or from people telling her she's on a spaceship.
The last year or so is gone from her memory, and she has no choice but to try to adapt. As days go by, her new environment becomes more and more unnerving. She finds herself helpless, and completely dependent on a man who isn't even human.
Purchase: Barnes & Noble | Amazon


I received a free copy of this novel in exchange for my honest review.  In Book 1, Alex awakens on a Starship, and at first she thinks she’s dreaming.  After all, her doctor looks like a cat-woman, and her assistant looks like Alex’s favorite rockstar.  It has to be a dream, right?  She has no memories of the last year or so.  When she has fully awakened, they tell her the year, 2577!  Not only that, she died trying to save Adam.  Who is Adam you ask?  Well just the coolest non-human I know!  She now has to make this Spaceship her new home.  She’s 500+ years in the future, the Earth she knew no long exists.  As a matter of fact, she could easily be called an ancient artifact!

This was a really neat series of novellas.  I thoroughly enjoyed it and was so hooked; I read the entire thing in one day.  It had so many twists.  The action and adventure was exciting and nonstop.  The character descriptions were amazing; you could actually visualize these interestingly unusual aliens.  Some parts reminded me of Star Trek, which made it even more awesome.  There’s even romance mixed in, truly unique couples you fall in love with.  This is a must read for any sci-fi fan! 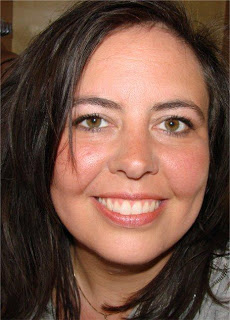