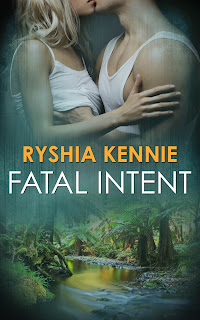 An expedition into the Borneo rain forest is an once-in-a-lifetime chance for entomologist Garrett Cole. It’s this trip that could finally make her a star in her field. But when her team’s guide is found dead and headless on the banks of the river, Garrett’s dream trek suddenly becomes a nightmare. Lost in the heart of the jungle, she must fight to maintain her composure while leading a panicked team of scientists to safety.

When sexy and rugged Aidan arrives in the jungle looking as if he belongs, Garrett has no choice but to accept his help. But Aidan is more than she bargained for—a man of few words and fewer answers, as comfortable in the jungle as the mysterious native tribesmen. And as the days pass and passion flares between them, Garrett wonders if Aiden’s good intentions are just another of the jungle’s illusions.

In a land rife with predators and a killer still on the loose, can she trust the one man who claims to be their rescuer?
Purchase: Amazon | Barnes & Noble


I received a free copy of this novel in exchange for my honest review.  Garrett Cole, a sexy, smart, strong female entomologist.  She leads her first expedition to Borneo with her group of misfit scientists.  Their guide leaves them for a few hours telling Garrett where to meet him, he doesn’t arrive.  The group believes headhunters are a thing of the past, only to be read in history books, so imagine their shock when they find Malcolm, their guide, washed ashore, headless!  They’ve decided to follow the river and getting pushed away from it into the thick jungle.  Aidan, the sexy Nordic, in a loincloth I might add, finds them (Can you say Tarzan?)  There’s an instant connection between Aidian and Garrett.  But seriously, who wouldn’t, he’s a sexy guy in a loincloth!

I loved this mystery, there are so many possible scenarios that could have led to Malcolm’s death, the truth was quite a surprise and not something I had expected.  The sexual tension between Garrett and Aidan was just crazy.  She was so independent and tried to fight the inevitable.  This was quite the story, one that I thoroughly enjoyed.  I appreciated the fact that the romance wasn’t the main focus of the book, the mystery was.  It was interesting the mix of characters that truly had their own unique quirks.  A great relaxing read! 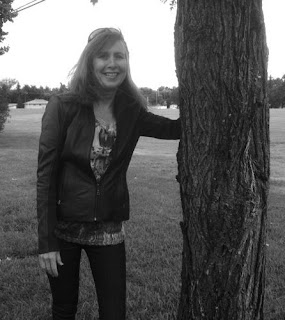 The Canadian prairies are home. They’re where I live with my husband and one opinionated Irish terrier. The prairies have a pervasive way of becoming part of who you are and in my case what I write. They inspired the setting my first published novel, a depression era romance. But it’s my incompatibility with the harsh prairie winter and a dose of wanderlust that motivates me to get out and see the world especially during the long prairie winters. That love of travel has taken me on a zigzag tour around the globe. It is these settings, both near and far, that have inspired me to write tales that I hope will take readers away into other worlds.