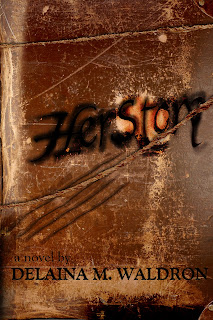 HerStory a novel by Delaina M. Waldron is a paranormal/thriller that takes the reader on a journey in the life of a young African slave woman named Ayira who has a dark secret.  A dark secret she does not understand and is beyond her control.

Ayira can see the past and the future and she can also speak to the dead.

It is the beginning of slavery in America, a Native American tribe rescues Ayira and she struggles to balance her special powers and face her dark past to help the people around her.

Ayira must overcome her fears of her dark past, survive the present and accept her destiny to help prevent the Indian tribes fatal outcomes.
Purchase: Amazon | Barnes & Noble
My Review
I received a free copy of this book in exchange for my honest review.  Imagine being able to see spirits, seeing someone’s past or present by just touching them.  That is what life is like for Ayira.  Being the daughter of a witch doctor is difficult enough without special gifts, gifts she considers a curse.  When she’s taken onto a slavery ship, she’s tormented by what she sees, hears, and feels, she then gets rescued by a Native tribe, and has to come to terms with who she is in order to save the Native American people.  This was a pretty good story although I wish it was longer with more background on Ayira’s family dynamics and how she ended up on the slave ship to begin with.  The characters were interesting, although none of her fellow slaves has much compassion for her except Imani, which I found rather surprising. 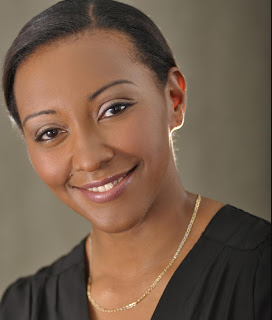 Delaina M. Waldron is a Screenwriter, Novelist and freelance writer in her spare time.  She wrote two feature length screenplays one of which was adapted to her novel "HerStory" and the other a comedy called "Ghetto Ghost Hunters" was a finalist in the 2011 Hollywood Screenwriting contest.  She also wrote a short screenplay a thriller called "Peeper", which is currently in production.
Delaina M. Waldron is a single mother of one and is currently a city bus driver and a military veteran for the Army Reserves, based in New York City.
Connect with Delaina: Website | Twitter | Blog | Facebook