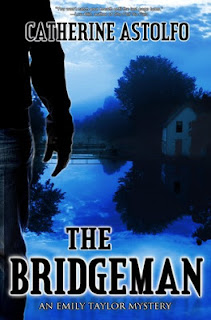 Some secrets can come back to haunt you…

Principal Emily Taylor feels safe in the friendly little town of Burchill—until she finds a body in her school. The murder of caretaker Nathaniel Ryeburn brings back memories she'd rather forget and plunges Emily into a mystery that involves a secret diary, an illegal puppy mill and a murderer innocently disguised as an ordinary citizen.

As fear rips through the traumatized town, Emily's investigation inadvertently leads the police to her door, and to her husband Langford, who is hiding a secret of his own. It becomes clear to Emily that many of Burchill's residents are merely wearing masks. And it's time for those masks to be ripped away…and for a killer's identity to be revealed.
Purchase: Amazon | Barnes & Noble

I received a free copy of this book in exchange for my honest review.  School Principal Emily Taylor has lived in the little town of Burchill for two years.  She feels that she and her husband have finally found their perfect home and safe haven, that is, until the school caretaker Nathaniel Ryeburn is found murdered.    The townspeople are filled with fear as the reality of a murder in their midst is realized.  Who could this killer be?  Is it someone they all know?  As Emily begins to investigate on her own, she learns that as Bridgeman, Nathaniel was also the town counselor, and knew everyone’s secrets, something she didn’t expect because the Nat she knew was reserved, shy and quiet.  Then Emily comes across evidence and a shocking discovery.  Sadly, her curiosity brings investigators to her home, while she and her husband try to hide from their own secret past.

This was a great novel; I was drawn in from the very beginning.  The author was very detailed in her descriptions, that you could actually feel like you were standing there right beside her.  The characters were believable and realistic, especially for a small town.  The mystery uncovers a twisted secret that completely stunned me! I loved the story and plot, but I wish there was more added about Langford’s past, that portion felt incomplete.  Hopefully, future books in the Emily Taylor series will expound on this.  I was also disturbed by the graphic nature of the animal abuse; the author’s descriptive nature was a little too intense in this instance.  Needless to say this is not a book for young readers. 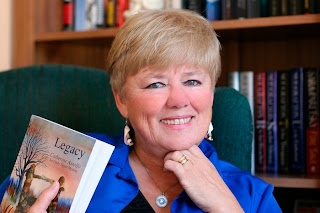 Catherine Astolfo retired in 2002 after a very successful 34 years in education. She can recall writing fantasy stories for her classmates in Grade Three, so she started finishing her books the day after her retirement became official. Her short stories and poems have been published in a number of Canadian literary presses. Her story, "What Kelly Did", won the prestigious Arthur Ellis Award for Best Short Crime Story in 2012.
In the fall of 2011, she was thrilled to be awarded a four-book contract by Imajin Books for her Emily Taylor Mystery series (previously self-published), and has never been happier with this burgeoning second career!
Catherine's books are gritty, yet portray gorgeous surroundings; they deal with sensitive social issues, but always include love and hope. They're not thrillers, but rather literary mysteries with loads of character and setting. And justice always prevails.