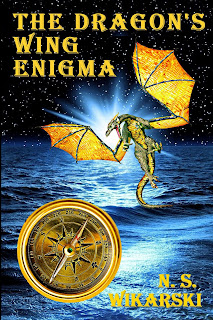 Runaway Bride
Cassie Forsythe’s checkered resume never included the job of babysitter. Former college freshman, yes. Amateur relic hunter, certainly. Seer for a secret organization, absolutely. But babysitter? Not likely! Cassie is packing for the next leg of a treasure hunt to recover a legendary artifact known as the Sage Stone when trouble comes knocking at her door. Trouble takes the form of fourteen year old runaway Hannah Curtis. Hannah isn’t your average teenager. She happens to be the youngest wife of aged polygamist Abraham Metcalf. Metcalf leads the religious cult known as the Blessed Nephilim and he covets the Sage Stone for himself.
Unwelcome Guest
Hannah’s untimely arrival creates a predicament for Cassie. The Nephilim isn’t supposed to know that anyone else is hunting the Sage Stone. More than that, the cult must never discover the existence of the Arkana – the secret society for which Cassie works. The Arkana has spent centuries recovering artifacts of ancient civilizations which predate patriarchy–advanced goddess-worshipping cultures on every continent. Their archaeological troves document the lost women’s history of the world and need to be protected at all costs. Unfortunately, Hannah could lead the cult straight to the Arkana’s underground cache of relics. Cassie contacts Faye, the Arkana’s elderly leader, for help. The old woman spirits the girl away to her farmhouse in the country. Faye promises to keep Hannah out of sight so that Cassie and her teammates can resume their quest.
Tricky Trinkets
Cassie, librarian Griffin, and bodyguard Erik face a daunting task. Five sequential artifacts reveal the hiding place of the Sage Stone. The treasure hunters must not only retrieve the relics before the Nephilim, they must also substitute forgeries in place of the real artifacts to keep the cult from discovering that it has competition. Luck has been on their side so far. They’ve recovered the first artifact with their foes none the wiser. The Arkana team flies to Malta, hoping to unearth the second artifact among the ruined temples of a long-dead civilization. After a fruitless search of the archipelago, their quest leads them northward into the Basque region of Europe. Meanwhile, Abraham’s son Daniel is combing the same terrain and narrowing the gap between them.
Dragon’s Wing Dilemma
In an isolated mountaintop cave, the treasure hunters learn that the next relic can only be discovered if they “keep true to the dragon’s wing.” The clue baffles them. What does it mean? Cassie and her friends are running out of time. With Nephilim operatives closing in, will they all survive this mission? Will the cult capture Hannah and breach the defenses of the Arkana itself? Follow the dragon’s wing to learn the answers.
Purchase: Amazon | Barnes & Noble


I received a free copy of this book in exchange for my honest review.    This is Book 3 in The Arkana Series.  Once again we meet Cassie, Griffin, Erik, Faye and Maddie.  What is their quest this time?  To find a mythological relic called The Sage Stone.  Not only do they have to find this stone before the Nephilim, the Nephilim are a religious cult of sorts with compounds all over the world so they have many associates, but they must do so quickly and unseen.  There’s a slight problem, Hannah Metcalf, one of Abraham Metcalf’s many wives, has shown up on Cassie’s doorstep for refuge.  Can they find this artifact before the Nephilim? Has Hannah put Cassie’s life at risk?
This was an amazing thrill-ride that kept me on the edge of my seat!  I love the fact that there was a riddle to decipher.  The characters are so interesting, and of course Cassie, the main character was just so sweet.  She’s still trying to find herself yet cares so much about her friends.  I loved how Hannah’s naivety showed up even in parts I didn’t think of.  N. S. Wikarski is an excellent storyteller!  This was an awesome Historical Adventure, now I can’t wait for book 4! 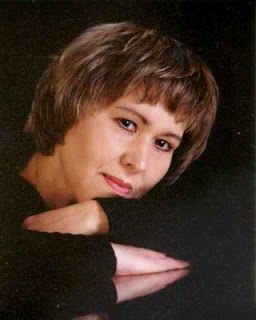 Nancy Wikarski is a fugitive from academia. After earning her Ph.D. from the University of Chicago, she became a computer consultant and then turned to mystery and historical fiction writing. Her short stories have appeared in Futures Magazine and DIME Anthology, while her book reviews have been featured in Murder: Past Tense and Deadly Pleasures. She has written the Gilded Age Chicago History Mysteries series set in 1890s Chicago. Titles include The Fall Of White City (2002) and Shrouded In Thought (2005). The series has received People's Choice Award nominations for best first novel and best historical. She is a member of Mystery Writers of America and has served as vice president of Sisters In Crime - Twin Cities and on the programming board of the Chicago chapter. She is currently writing the seven book Arkana Archaeology Thriller Mystery series. Her work on the Arkana volumes has prompted Kindle Nation to call her one of its favorite authors.
Connect with Nancy: Website | Facebook