Today we welcome author ATHOL DICKSON and another of his great books.
If you like suspense, you can't miss this one!


The book is PG 13. Very little sex and nothing explicit in any way. There is some violence but again nothing graphic: gun shots, etc… 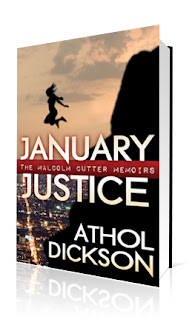 Then a pair of Guatemalan tough guys offer him a job. It’s an open question whether they’re patriotic revolutionaries or vicious terrorists. Either way, Cutter doesn’t much care until he gets a bomb through his window, a gangland beating on the streets of L.A., and three bullets in the chest.
Now there’s another murder on Cutter’s Mind.
His own.

I was looking forward to reading this book especially when I discovered the author was returning to the mystery thriller genre. No one can weave a story, create real live characters and make someone enjoy the English language as much as Athol Dickson can. From page one I was hooked. The story was intense and deep. The plot was complex but I never felt lost. We stayed right with the main character Malcolm Cutter as he deals with his wife's death, re-cooperates from a near death experience and tries to get his life back together while undergoing a deep international plot to clear a terrorist organization of wrong-doing.
Never before in a book have I ever become so well-acquainted with a person who was never in the book but only mentioned in a past tense. It could only have been pulled off by an author that understands human nature and how we think deep inside.
- Steve Taylor-

Excerpt
Chapter 48:
One of the strangest things about the city was the sudden way it disappeared around the edges. One minute you were down on Sunset Boulevard surrounded by glass and concrete, and the next thing you knew you were up on Mulholland Drive, alone in the rough country. From a high window or a rooftop almost anywhere in Los Angeles you could see the mountains, and there was always something ravenous up there looking down.
I was up among the hungry creatures, standing at the edge of a cliff, with Hollywood and Santa Monica far below me in the distance. One step forward and I would be in midair. I was looking down and wondering if Haley had considered how suddenly you could go from city to wilderness. Then I wondered if it was a distinction without a difference, if the city might be the wilderness and the wilderness the city, and maybe Los Angeles’s edges seemed to disappear so suddenly because there really was no separation between sidewalks and mountain paths, buildings and boulders. Up in the mountains or down in the city, either way the carnivores were in control.
I imagined Haley, out of her mind, running full speed off the cliff. I wondered what it had been like, that final second or two before she hit. Had she realized what was happening? Did she recognize the city lights below for what they were, or did she really think she was flying toward the stars? And did she think of me?
Stepping closer to the edge, I slid the toes of my shoes into the air. I looked down two hundred feet, toward the spot where she had broken on the rocks. I stood one inch from eternity and tried to imagine life without her. I could not summon up a single reason why I shouldn’t take that final step, except for one. I thought about the kind of animal who would drive someone to do what my wife had done. Predators like that were everywhere. I should know. I had trained for half my life to be one of them. I was hungry, looking down on the city. If I was going to live, the hunger would have to be enough, for now. But I would sink my teeth into him, sooner or later. I would do that for Haley, and for myself, and then maybe it would be my turn to see if I could fly.
I stepped back from the edge. – Chapter 1
I paused to look at Simon and Teru, wishing there were some way to avoid it. I said, “The village we went back to on that second day was Laui Kalay.”
Neither of them reacted at first.
Then Teru said, “Oh no.”
Simon rose and carried his teacup to a sink. I watched as he carefully washed out the cup with a soapy cloth. He rinsed the cup, then placed it on a wooden rack beside the sink. When that was done, he didn’t return to the table. He stood still, looking down into the sink.
Teru said, “You were there? When they cut off all those fingers and knocked out all those teeth? You were really there?”
I said, “The court-martial found me guilty.”
“But I remember that video like it was yesterday. That marine with the knife, chopping off the corpses’ fingers for their rings. The others breaking out dead people’s teeth for gold. All those marines cracking jokes. They must have showed it a thousand times on television.” Teru looked at me. “You weren’t in it.”
Still staring down into the sink, Simon said, “If memory serves, the sergeant in command was convicted of filming the unpleasantness with his cell phone, so of course he was not shown in the video.”
“Holy mother of God,” said Teru. “You’re that guy?” – Chapter 8
Olivia screamed again, and a vision overwhelmed my thoughts. Suddenly, instead of the shack with its glowing window, I saw Haley’s face contorted with terror in the darkness up above, Haley screaming at a mirror on the wall in her trailer, Haley screaming that she saw Satan, Haley screaming out for Jesus as she slammed her fists against the mirror, breaking it, bloodying her hands and yet slamming on and on. I heard the screams and saw Haley in her final moments and knew that what I saw wasn’t a madman’s fantasy but was instead my true and final memory of our last moments together.
I shook my head. I wiped rain from my eyes. I told myself to think of what was noble, good, and true. The vision faded, but the screams remained. I had to stop the screams this time. I started up the trail, and with my first step out into the open, a strange sense of peace descended. This was what I had been created to do. This was who I was and who I would continue to be in whatever time was left to me without Haley. It wasn’t about a death wish. On the contrary, life at last had regained meaning, even if the end of life was imminent. Climbing that path, knowing bullets might slam into me at any instant, I was happy for the first time since I lost my wife. I still had a purpose, after all. I was useful. It felt like I was going home.

The Author
A master of profound suspense. 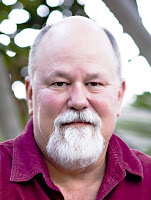