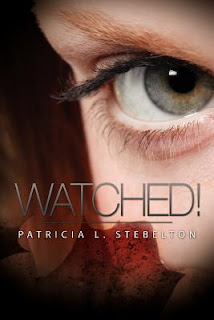 Ginger's nightmares are now coming more and more often. But what if there's truth to her troubling dreams? Ginger has lived in the small town of Collier all her life, where everybody knows everyone else. So why does mystery still surround the death of her aunt, and why was her house robbed after her mama's death? And why is someone stalking her now? Then Ginger finds some mysterious old journals while helping out at a local book shop. She's convinced that Lisbeth, the owner of the shop, knows more than she's telling. But secrets swirl around Lisbeth, too. Why did she leave town, and then suddenly come back a short while ago? Ginger is up to her ears in too many surprises...and her confusion over the handsome Houston, the first boy to ever be interested in her, isn't helping. A keep-you-on-the-edge-of-your-seat mystery & detective thriller with a twist of satisfying romance.
Purchase: Amazon | Barnes & Noble

This novel was reviewed for Readers’ Favorite.  Ginger has always lived in Collier County, a small town where everyone knows everything about everyone else, yet her mother’s twin, Julianne was shot, and her death remains an unsolved mystery.  After her mother’s sudden death, Ginger’s home is robbed, what were they looking for?  Ginger has always had disturbing dreams; recently they’ve become more frequent and have her wondering if any of them really happened.  She’s now convinced someone is constantly following her.  Her mother’s best friend, Lisbeth, returns to town after several years away, she’s not saying why she left or where she’s been.  While helping Lisbeth unpack boxes for her antique store, Ginger comes across her aunt’s journals.  She takes them home and gets far more than what she’s bargained for.

The characters were great, and I loved the fact that Ginger was so strong, she had experienced so much loss at such a young age, mixed in with her awkwardness of making friends her own age, made her quite the loner. Lisbeth was also a strong female character in this book and I appreciated the fact that the author used her as one of the central figures in Ginger’s life.   I enjoyed the way God was slowly introduced in the book and to her, and that she realized that He filled the void that she’d had. The mystery had so many twists, it’ll keep you guessing and the end will shock you.  This was a great page turner about growing up, secrets, lies, and most importantly, trusting God through all things.